So, my previous post was my own personal highlights of 2012 and this one will be ones which may be seen as general highlights to a lot of other people. I’ve looked around and came up with 5 highlights, which may or may not be a good thing – they may simply just be things which have been big talking points of 2012.

Also known as – The Most Annoying Song Of All Time, courtesy of me. Why, why, why has this song reached the most views EVER on YouTube? I literally do not see the fascination, the video isn’t funny and neither is the song. It’s a massive lump of irritation on the world and I wish it would just be forgotten about. But, no that isn’t going to happen. It’s getting more and more views everyday and I just will never understand. The dance is totally hilarious…can you sense my sarcasm? In all honesty, there will always be that one video that goes totally viral but lets hope the next time it isn’t one as annoying as this.

I feel ashamed even posting the video on here.

Are you all still here? Are you all okay? Did you survive? Yeah, me too. After years of giving myself major anxiety over this day, nothing came of it, thank God! So, you will all know about this date if not then it was a theory based on the Mayan calendar which ended on this date – conspiracy theorists obviously jumped on this and assumed it was the end of the world which made a lot of other people jump on the bandwagon and describe all types of disasters which would be happening on this date. But, nothing happened, what a surprise! Lets wait for the next possible apocalypse date, shall we?

2012 marked the 60th year of The Queens reign and it was an amazing time to be British. It definitely brought the whole country together as there were street parties taking place everywhere, Royal memorabilia in shops across the country and of course the events which The Queen attended and were broadcast to the nation. The pageant which took place on the River Thames where over 1,000 boats took part as The Queen and the rest of the Royals watched on The Royal Barge. Also, The Diamond Jubilee Concert was an interesting watch too as it took place outside of Buckingham Palace and it was lovely to see all of the Royal Family having a lovely time together. Grace Jones on stage was a bit strange though. All in all it was a lovely thing to have witnessed, even if it was just from a television, it was still nice to know I was here when The Queen celebrated her 60th year on the throne. It’s a nice feeling knowing that the whole country was watching and enjoying the same thing as you and it definitely shows you how united our country is in situations like this. Everyone may have issues with each other but then things like this come about and it’s all forgotten about. It’s really nice. 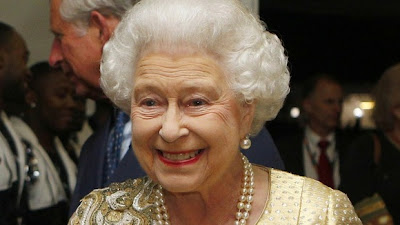 2. The Olympics in London

After years of waiting it finally arrived this Summer and even to this day I miss watching it! It took over my life for weeks as it was all I watched on television. Like The Diamond Jubilee, it brought us all together once again. The opening ceremony which was the product of Danny Boyle’s imagination, was amazing to watch. Although, at the beginning, I know personally I was a bit like “what is this?” but as it went on I began to love it, I don’t think it can be beaten. We all were worried we wouldn’t beat Beijing’s previous opening ceremony, but we definitely did. My favourite part was The Queens input, it was so shocking because everyone assumed it would just be a lookalike Queen that Daniel Craig was approaching in Buckingham Palace but it wasn’t, it was the real thing. Amazing. Who knew The Queen could do comedy? The Olympics were under-way and Team GB did Great Britain proud by the end of it by getting a total of 65 medals – 29 being gold (source). This event glamorised Olympians and they’re now real role models, no funny business. These people have inspired a generation to take part in so many different sports, even I wanted to start but I’m too old to really join a club now. They’re all hard workers, they work hard for their success and that’s definitely a good reason for children to look up to them. The Olympics was a great thing to have watched and the male Olympians weren’t bad to look at for weeks either (yes, I am talking about Tom Daley and Louis Smith obviously). It’s going to be hard to beat, I’m talking to you Rio. 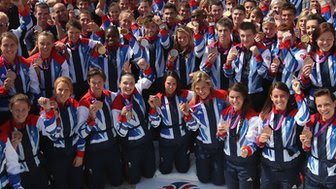 Oh, look at me being all biased. Yes, I would obviously say One Directions success has been a massive highlight of 2012 and certainly a massive talking point. Everyone around the world knows of them, whether they like them or not is a different story but they still know them. They are officially the biggest boy band in the world right now and they deserve to be. This year they won their first Brit award for having the Best British Single for What Makes You Beautiful and they definitely deserved it. Maybe I cried, just maybe. The happiness in their faces was amazing and I was just so happy and proud of them because this was just the start of the whole year, there were so many more amazing things to come. Earlier this year they were taking part in their sold out, first solo tour and that carried on in the States and elsewhere, throughout the year. After they won the Brit award they announced their 2013 arena tour and that sold out, in which they sold out numerous nights at the O2 Arena in London (I’ll be going to 2, I can’t wait). During the year they announced further dates around the world for the 2013 Take Me Home Tour, in total they will be doing 117 dates worldwide. The year went on and they got bigger and bigger and managed to sell out Madison Square Garden in New York, which was their biggest gig to date. To sell out Madison Square Garden is a massive achievement for any artist and I think One Direction definitely recognised this. Adding to their awards, they won a lot during the year as well as being nominated for quite a few as well, but I think the ones that really stuck out for the boys were the 3 MTV VMA’s they won, they got these for ‘best new artist’, ‘best pop video’ and ‘most share-worthy video’. Finally, they released their second album ‘Take Me Home’ which reached number 1 in 32 countries. Just from this I can only predict even bigger things for them next year, if that is even possible. 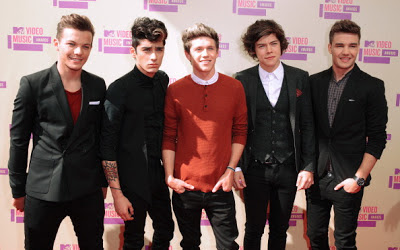