The Brit Awards 2013 are held tonight and I am very excited! I always look forward to watching them because it’s such a good evening for British music, always really good to watch. There’s a lot of talent nominated for tonight’s awards so as I sat here on this boring Wednesday afternoon, I thought I would make a post about my predictions for each category. Tomorrow I’ll be doing a post to talk about it and the winners!

My Prediction: Ben Howard.
Ben Howard has been so hyped up the past year or so, I think this would give him the recognition he truly deserves as a really good artist.

My Prediction: Rita Ora/Ben Howard
This seems a bit like a tough category as all of the artists are really good! Rita Ora has been massive the last year though so I think she stands a fairly good chance. So does Ben Howard though as I said already.

My Prediction: Emeli Sandé
No doubt Emeli will win this category and perhaps even the other categories she is in too. I find her quite boring (oh, shoot me) but that’s just because I’m really not interested in female solo singers much. They just don’t appeal to me. But I think she DOES have pure talent and that’s why she would probably stand a very good chance winning this.

My Prediction: One Direction/Mumford & Sons
Of course I was going to say One Direction, you all know that. I think they do deserve it in all honesty, they do produce good music that is really catchy, you will catch most people singing along to a song of theirs. But they’re up against many other groups who are the complete opposite. That is why I think Mumford & Sons might take it, they’re an amazing band and stand a big chance of winning. If it’s not either of these then I really don’t know. 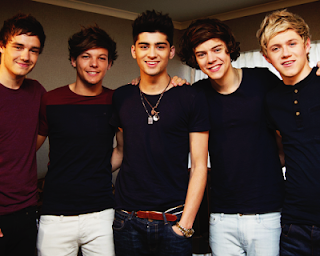 My Prediction: Lana Del Ray
Lana has been massive just lately and obviously has a big fan base in the ‘indie’ music world, so she could quite possibly take the Brit award. The rest of the category have a chance though, but who is Cat Power? Am I being stupid? Nope, no idea. But if Taylor Swift won then the whole of my Twitter timeline would be going mental from One Direction fans crying about it, so that might be funny to watch actually.

My Prediction: Coldplay
NO DOUBT ABOUT IT. Their tour last year looked incredible and how they got the crowd involved with the colourful wristbands, they have to win. If they don’t I will eat my own face. But saying that, Rolling Stones could have a chance? They’re ageing a big aren’t they, yet they still have a fan base. I’ve seen The Vaccines live when they supported Arctic Monkeys and they’re also very good but generally, I don’t think they’re overly well known by just random people. We’ll see. 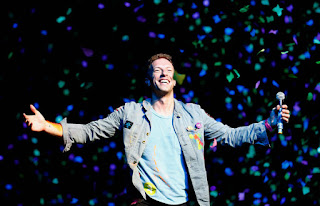 Alabama Shakes
The Black Keys
FUN.
The Killers
The Script

My Prediction: Tough one…but, FUN.
Now, I don’t really know about this one I’ve just chosen FUN because they are…fun? No, not really. I have seen them live and they were actually really good and their songs are catchy. But, I really can’t call this one. The Script obviously have a good chance but I’m not too sure.

BRITISH PRODUCER OF THE YEAR

I LITERALLY HAVE NO IDEA WHO ANY OF THEM ARE SO IT’S POINTLESS EVEN TRYING TO PREDICT AHHH.

BRITISH ALBUM OF THE YEAR

My Prediction: Frank Ocean
I just have that feeling, everyone raves about his album Channel Orange, I think he really could get it.

There’s far too many in this category and I really couldn’t call it!

I can’t wait to watch tonight and I think my predictions will be all wrong knowing me, we will see!