10 years of my life have been spent on one band consisting of 4 boys – now men. How strange? 10 years ago I put on Top of The Pops and there they were, singing 5 Colours In Her Hair live on television for the first time and I knew they were about to have some sort of impact on my life. That continued when they supported Busted on their tours and at a show in my home town, 3 times I saw them and their career hadn’t even kicked off properly yet but I was there about to watch them grow into the people they are today.

When Busted split up I continued to support McFly, did they replace the love I had for Busted? Perhaps (BUT I STILL LOVE BUSTED TO THIS DAY.) As I was only young my mum took me to their shows, mainly in my home town and then I started to grow up and that’s when I took the whole thing to a new level…waiting outside of venues for hours on end just to get a wave from McFly was so exciting and from doing so I made friends which I still have today!

It took 7 years for me to finally meet them, 2010 was the year for me and it was an emotional time because these 4 boys had given me a reason to go out and have fun, they were my childhood and they were growing up as I was too.

This year they are celebrating 10 years of being in McFly, to mark the occasion they took to The Royal Albert Hall for 4 evenings with a set list full of classic McFly songs, a new song and well…a Busted/McFly collaboration. MCBUSTED WERE BORN! But I’ll get onto that later.

They started the set with ‘Saturday Night’ from their first album, perfect to get people ready for the night that was ahead. It was my 14th time seeing them and I can honestly say this was the most amazing, most electric time. Also, the night was blessed with videos from the boys’ past, from the Wonderland album days, and even earlier than that which filled me with nostalgia.

McBusted, how can I possibly put into words how amazing that was?! Danny, Tom, Dougie and Harry were joined by James Bourne and Matt Willis to sing Year 3000, Air Hostess and Shine A Light and it looked so crazy on stage, so much energy from all of the guys and the only thing I want in life right now is a McBusted album! 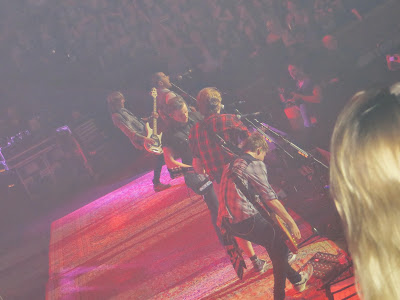 Danny later on went on to sing ‘Walk In The Sun’ by himself, the only things on stage being him and his guitar and it all felt very intimate, Tom also had a go on stage by himself as he let out his love for musical theatre in a song he’d put together called ‘Mcfly: The Musical’ – full of lines to make us laugh and perhaps a dig at a certain bushy eyebrowed ex-Busted member. 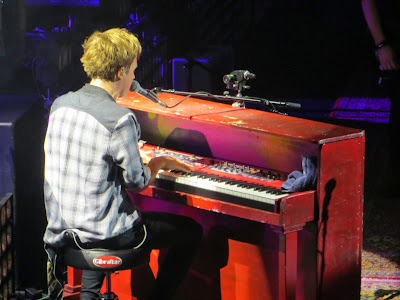 The set was finished off with ‘The Heart Never Lies’, a song that gets to every McFly fans heart as the line “it’s not always easy, but McFly’s here forever” sticks in your mind every single time because they just mean THAT much to some people – I might have felt a bit emotional at this point.

All in all it was a great night to end 4 great nights at a crazy venue for a period of time which has made many, many people happy. Here’s to many more years! Like Tom said last night, these shows should be made an annual thing! I’m very proud to have supported this band since the start, I’ve watched them grow into men as I’ve grown from a child to a young adult, that’s a bit mental.

I’m going to be making a YouTube video later today or tomorrow with snippets of the night in, so keep an eye out!