As if two series of the celebrity version last year wasn’t enough! I may complain about it but I still find myself watching every single series, this one looks partially better than the last – the last series was full of absolute nobodies, it was quite embarrassing. However, this year there are a few names us in the younger generation actually know. Now, I think there will be a few in the house who may stir things up and get on our nerves a bit or we may just grow to love them!

Let’s start with the one who everyone will know, unless you’ve been living under a rock. Mr Rylan Clark, what an absolute babe! I love that guy and I’m sure by the end of this series, if you weren’t a fan before, you soon will be. He’s definitely going to be coming out with quotes which will make us laugh. 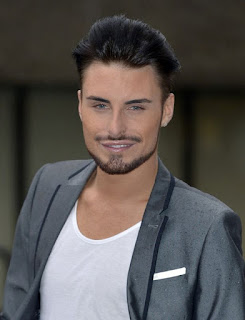 source
Everyone, be prepared for the beauty that is…Sam Robertson. I SQUEALED but then he said he liked brunettes on launch night, so I’m clearly not ‘in’. Although, I wasn’t entirely digging his kilt. I know he’s probably a proud Scotsman but a kilt just isn’t for me. But still, there is no doubt that he’s quite the looker – that jaw. He’s known for being in Corrie (I didn’t actually know that until launch night so, he’s not THAT known) and also, for being in E4’s Beaver Falls. By the end of it he’ll definitely have made a name for himself just purely for being a complete hottie. I’m sure he has talent too…talent of the face. 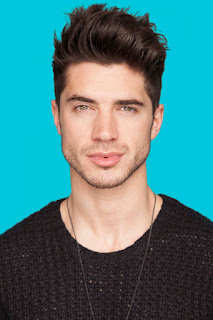 I could go on and on about all of the housemates this year but some of them are plain Jane’s and will just be the ones who come on screen every now and then. But, these two next housemates are going to be huge talking points, without a doubt. Who could I possibly be talking about?! Speidi of course – Heidi & Spencer Pratt. They’re famous because they were the controversial couple on ‘The Hills’. Before Heidi went through 10 surgeries in 1 day, she was actually a genuinely, really pretty young girl! But I think fame went to her head and maybe she thought to fit in even more she had to enlarge the size of her breasts and look as fake as can be, well done, love! As for Spencer, on The Hills he was very controlling it seemed and quite frankly a bit of an arse. He’s extremely fame hungry and I wouldn’t be surprised if he done something completely outrageous on this series of Big Brother just to get his name well known over here in the UK. We will see. 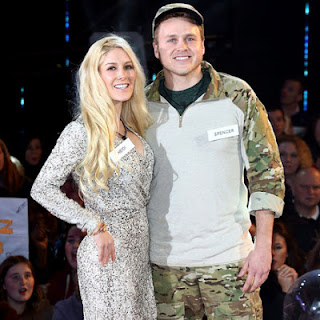