So, The Grammys 2013 happened last night and oh, wasn’t it full of talking points. But, I want to speak about a situation that got a lot of my Twitter timeline talking. Taylor Swift. I love her, I’ve said that in a previous post about ‘Haylor’, I stick to that because despite the fact she may make song after song about her relationships and make a certain remark (which I am going to talk about) to a certain ex of hers, she is still an amazing singer/song writer.

Taylor opened the awards ceremony by singing her hit “We Are Never Getting Back Together”. In this song a line pops up – in the video she is seen talking on the phone to her ‘ex’. At the Grammys she sung the line “I still love you” (which is said by her ex)…in a British accent. A British accent. Who do we know who is British, who she dated? Oh yes, Harry Styles. OH BURN, HARSH, OUCH. A tad too bitchy, Taylor? I’m not sure, but a lot of people are not very happy I can tell you that for free. 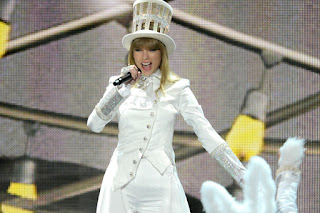 For starters, the English accent didn’t sound like Harrys however, does she want to make it any more obvious? I woke up this morning to see this all over my timeline, I was a bit like “oh, haha” then I was a bit like “oh, that’s not nice”. It actually isn’t THAT nice is it? Because, she’s just shamed him to millions of people, perhaps insinuating that he has called her? Or was she just being funny…who knows? 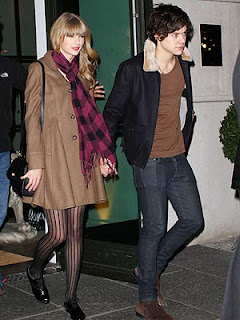 Anyway, we’ll see if Harry fights back. I think he’s too much of a gentleman to do that and I’m not even being biased, I genuinely think he’s a lovely boy and all the press he gets isn’t that great.

Well, that’s it for today. Taylor Swift VS Males continues. (I still love you Taylor Swift, you are my queen – you’re not really but you’re like my ‘I’m really sad, I need some sad songs to listen to’ queen)