Hiiiiii, been a while hasn’t it (almost a month)…my bad.

I didn’t want to do these posts when in fact I haven’t felt positive at all, I’m not going to put on a front I’ve never been that kind of person. If I’m unhappy, I’m unhappy and I won’t pretend to be okay and lie to everyone and tell you all to be happy and positive if I’m not myself. I’ve had a crappy few weeks, unsure of what I’m doing, my life is a big mess. I don’t really know where I’m going or what I’m doing so if anyone has any advice on the struggles of university I’d super appreciate your input! I could go on and on, but it’s all I ever seem to talk about to anyone and it’s quite tedious.

I feel like I’ve turned this whole segment into an update on what I’ve done but I like that, I like looking back on things and realising that everything isn’t that bad – you should do the same!

Anyway, some decent stuff has happened the past few weeks, this is going to be a post just updating you on my life because you all clearly want to know, OBVZ.

Well when I left you last I went away for the weekend but before that I melted my retainer like a super bellend but then I went home and spent some time with my family and that was lovely. I really, really love time back at home it’s the best. Then I returned to university on the Sunday (might’ve had a little cry when my mum and dad went back to Ipswich) but the following week I did some cool stuff.

I went to look at the ceramic poppies at the Tower of London, they were super nice and it’s just quite breathtaking. They represented so many fallen soldiers it was just a lovely part of history that I’m glad I got to witness. 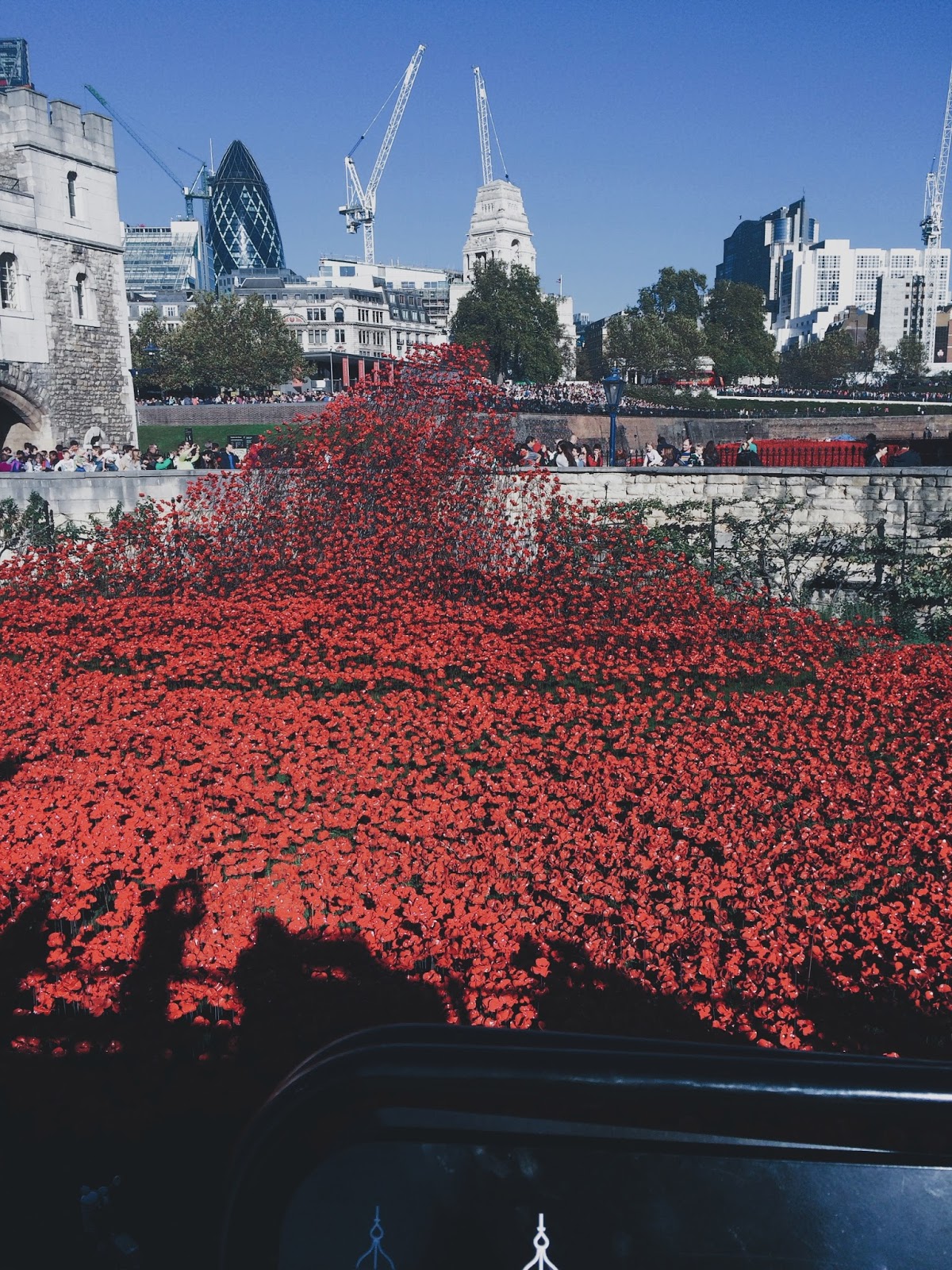 Then it was time to get on with Halloween festivities, we went to Ministry of Sound which I have been extremely reluctant to doing since we got here because it’s not really my scene and I mean I would tell you if it was my scene but I can’t remember much at all – DON’T DRINK KIDS, ONCE AGAIN. I do however remember getting separated from my friends and asking the bouncer like a lost puppy to help me find my friends, what a twat. That was on the Tuesday, on actual Halloween I spent the morning looking at the Christmas windows and the christmas store at Selfridges (logical), I wanted to get into the Christmas spirit it was the day before November aka the day it’s okay to do christmassy things. The windows were cool but involved a lot of gold and a lot of woodland stuff…I didn’t really get it and I didn’t feel overly christmassy at all, humph. 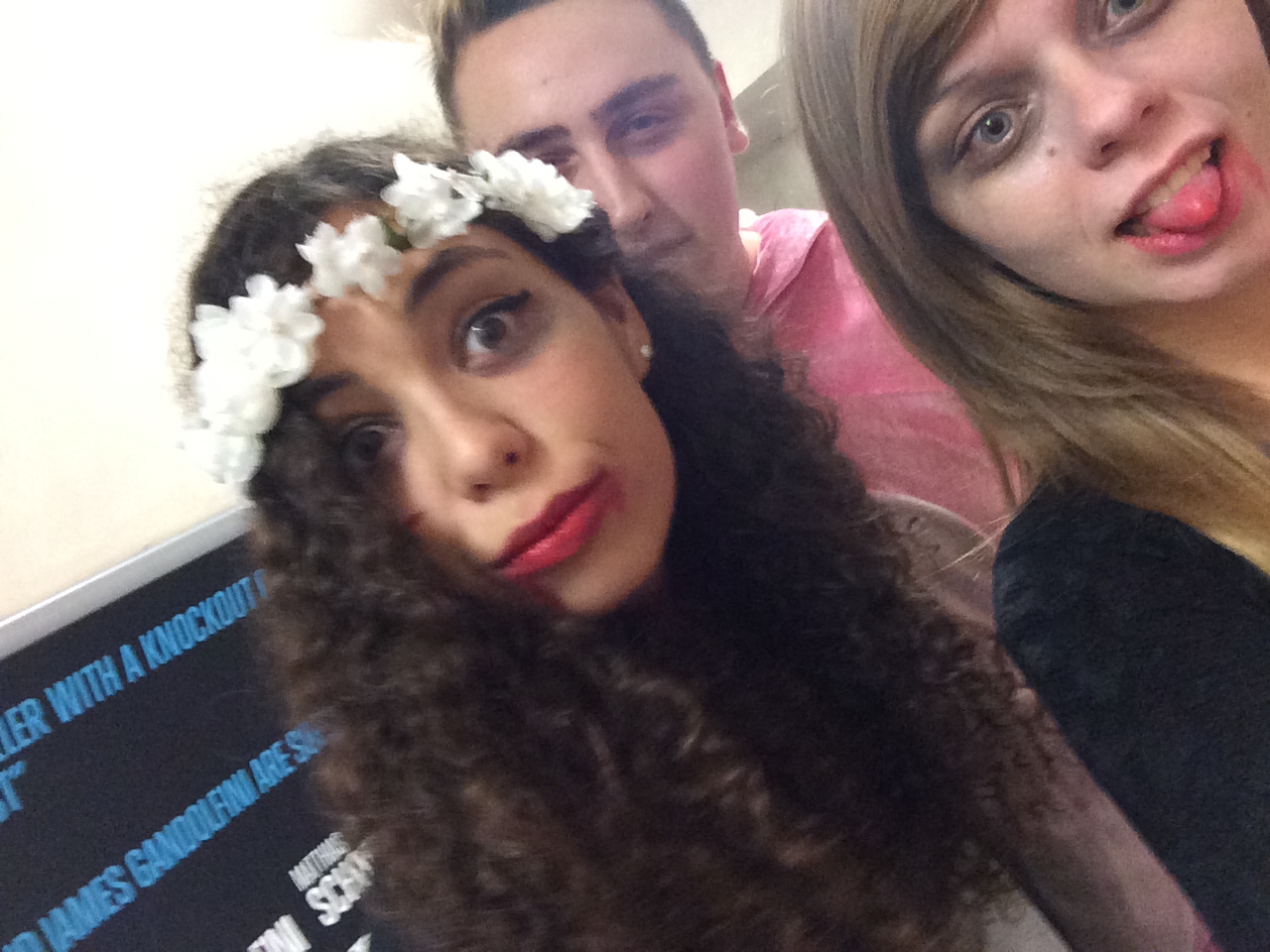 The next week came and I had found out where One Direction were rehearsing, you know me and One Direction we have a big love/hate relationship so I thought I would finally take the time to go and meet them. I’ve never been in the perfect position to meet them even when I was 16 and it was my life dream, so I thought I would make 16 year old me happy. I arrived at the studio where I found lots of girls beaming, I HAD MISSED HARRY STYLES BY A GOOD 2 MINUTES. I WAS DONE, I WAS OVER IT. To cheer me up from failing once again to meet them I purchased my first christmas present and I keep looking at it because I’m absolutely stoked for christmas YEAH, that made me so very happy.
Me and my 7 best pals booked a trip to Scotland too! We’re going next year in the Easter holidays and it’s going to be full of mountains and madness. I took a trip to my friend India’s university where actually there was going to be a surprise party for her and Damian’s engagement and they had no idea – I had to keep it a secret that all of our best friends were coming from all over the country on the Saturday and it was so hard when we’d planned to watch The Hunger Games but really we were going to get really messy. It was so lovely to see everyone, I probably nearly cried I can’t remember. It was honestly the happiest I’ve been in so long, I find I’m always my happiest when I’m surrounded by the group and I love them with all of my heart. 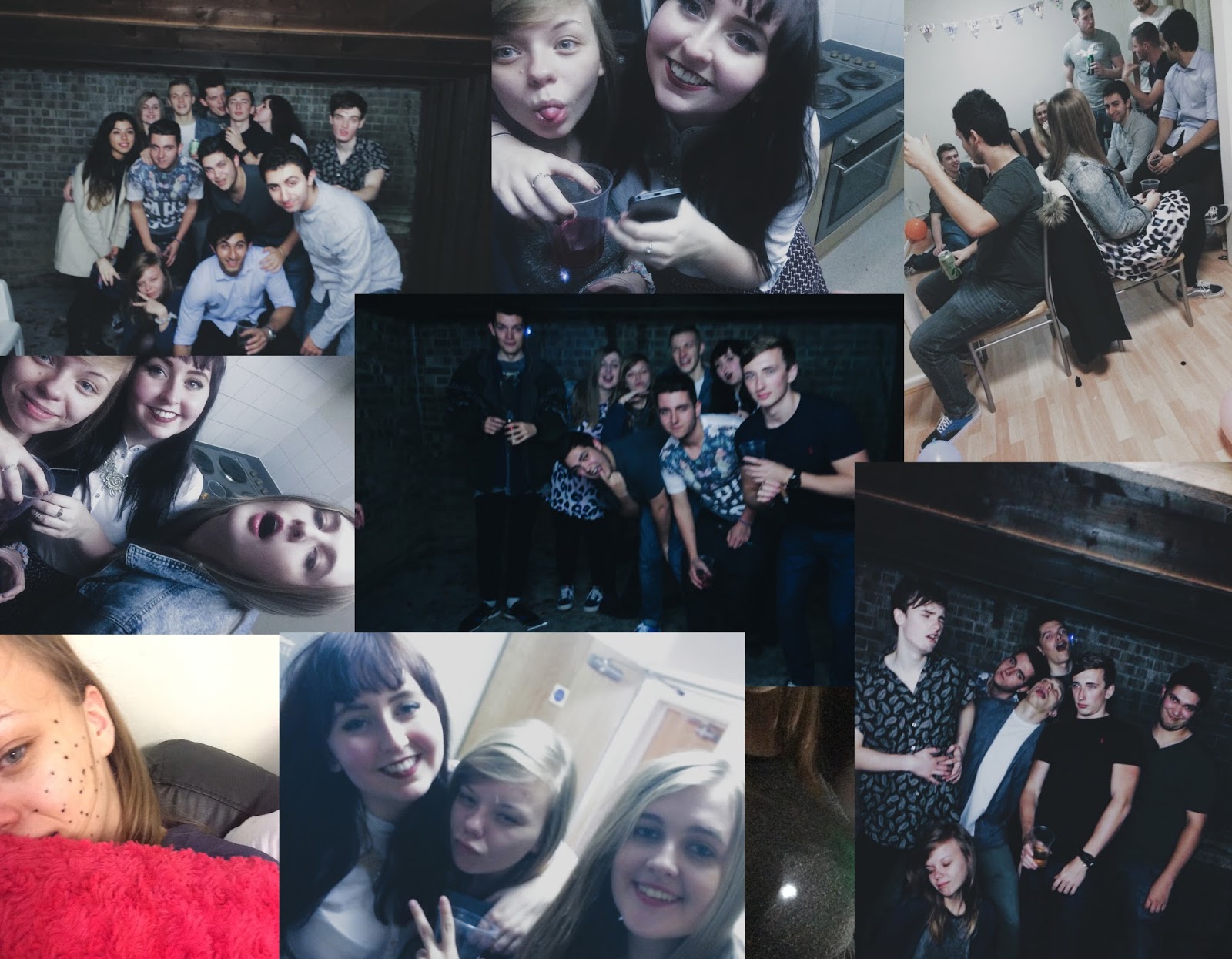 After that Corinna came to stay for a couple of days down in London, we went for a walk down the South Bank and that was really nice, it was the first time I’ve seen the sun set in London and I’ve really missed seeing that (I’m a lame ass) the next day we went to the Natural History Museum and dinosaurs are cool.
And finally at the weekend I spent the day with all of my 5 Seconds of Summer pals, we went for a Starbucks as per and went to Regent Streets Christmas light switch on, it was really cute and I’ve missed those girls a lot. I haven’t seen them since 5SOS were last here which was in July! Speaking of 5SOS it’s been a year this month since I met them/saw them live every weekend, madness! 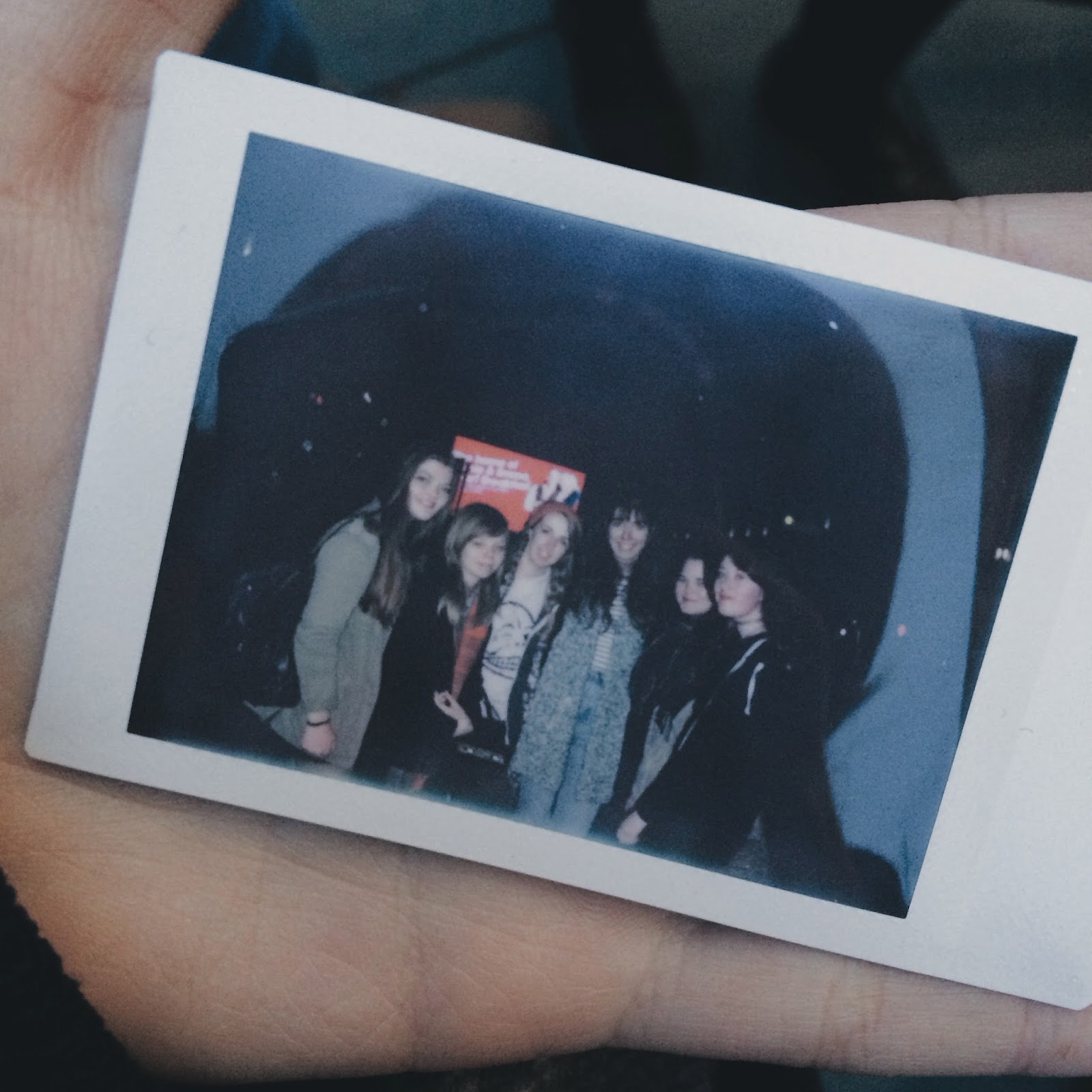 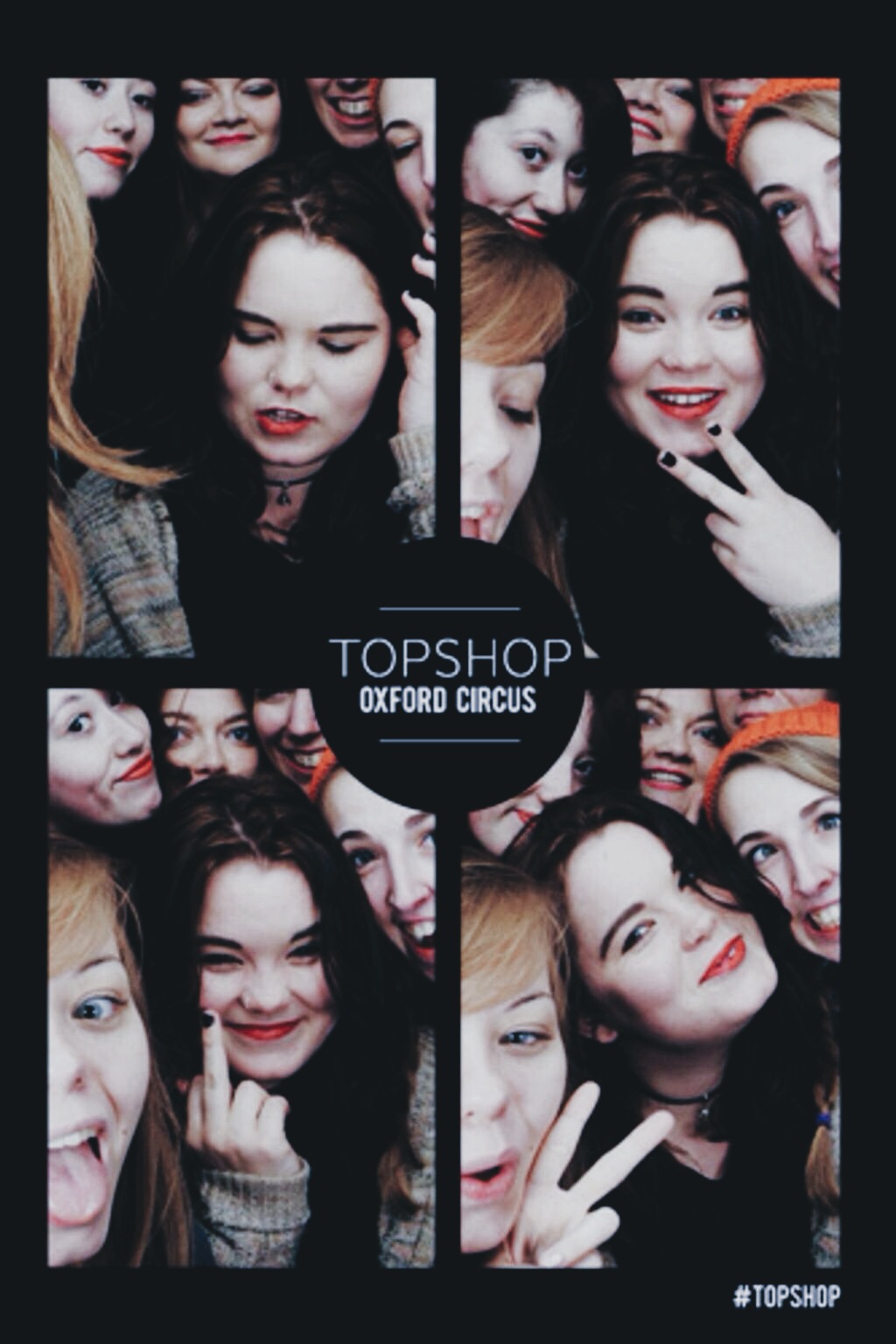 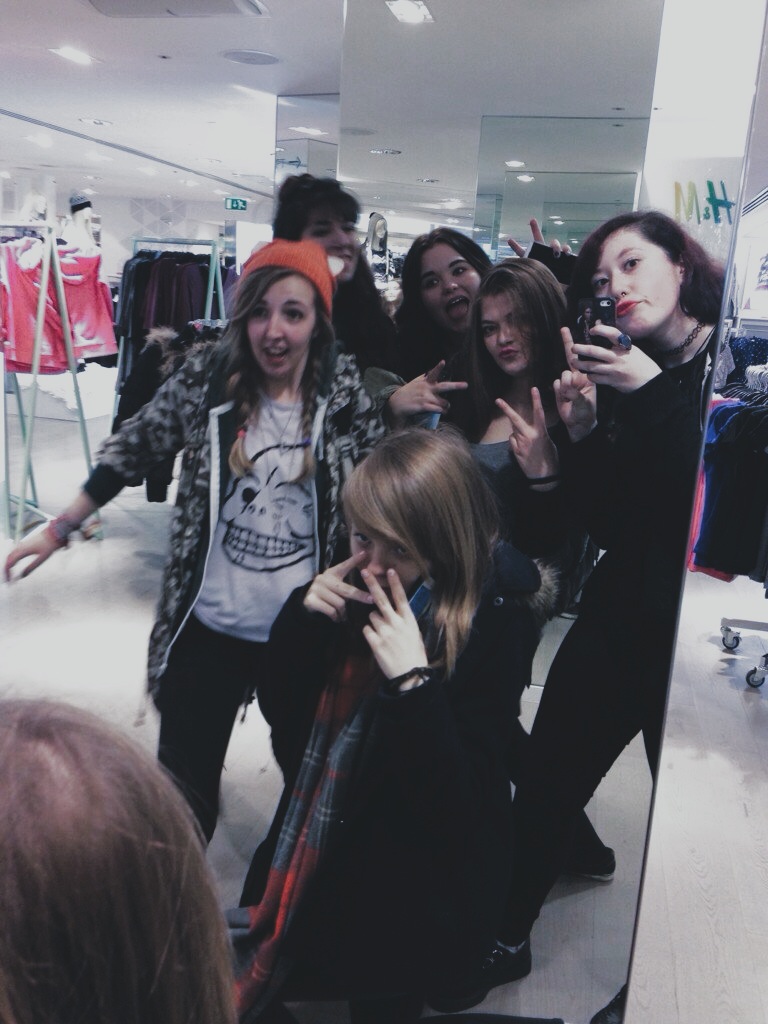 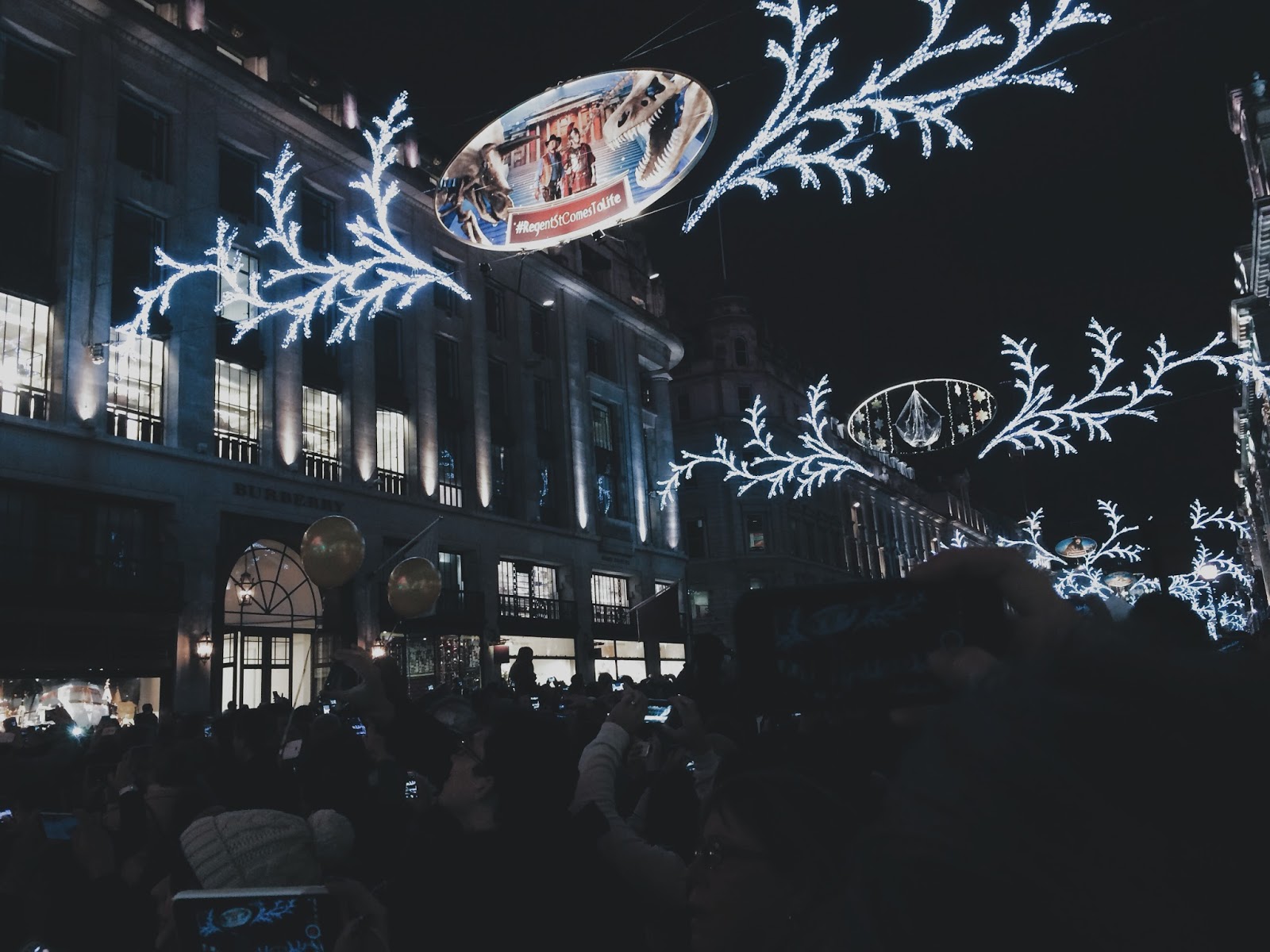 That’s about all that has happened the past few weeks, they’ve been pretty good and plenty to be happy about! Oh, someone sneezed on me too what a pleasant place London is.
In all seriousness I might not do these as often anymore, I have a lot going on physically and mentally but I’m happy that I could hopefully make people think about good times with the posts I’ve done in the past! They’ll be back consistently soon, I’m not sure when but they will be!
How have you been? Anything good been happening that you’d like to share because I’d love to hear!
Stay cool
x