It’s been a week since the last day of Reading Festival and I was going to make this post during the week but in all honesty I’ve just felt way too run down, anxious and weird to thing straight let alone write a blog post. I still don’t feel great, potentially even worse because the stress of leaving home in just a week is really getting me down but I’ve got to power through and tell you all about my weekend at Reading which was the BEST weekend. This could be a long one, stick with me you might enjoy it! I’ll do it by the days so it’ll be broken down, okay? Okay, let’s go.

Me and my friend Corinna travelled to Reading so we could into the camp site early on Thursday morning, as we had learned from last year (you can kinda read about that and what you should/shouldn’t do at festivals in a previous post here) and I was being a super stressy arse and I was convinced Corinna was close to strangling me, I don’t blame her! I tried chilli cheese bites from Burger King and well, they were just beauts but that’s pretty irrelevant to my Reading experience, ANYWAY. We got to an awful Travelodge in Reading for the evening and then went to get some alcohol for the weekend, the Tescos at Reading was rammed with teens buying alcohol and such, aisles were replaced with bottles of vodka – quite funny really. Then we just went back to the hotel and I hit my head twice on a low ceiling which filled me with anxiety all night so I didn’t sleep and watched teleshopping from 3am…great night for me.

We woke up at 6am and got ready, had one last beloved shower and met our friends before going into the campsite to set up. After waiting in the dreaded queue to actually even get in we walked for a while and met up with some other people who had already got a spot for us, the whole thing was flowing so much nicer than last year and it was SO refreshing. The stress of last year was kinda traumatising so it was just so nice for to all go so easily. We set up, went and got some food for the weekend from Tesco and then just bummed about all day, I can’t really remember what we even did all day. I know we got offered balloons about 3 times, but not the nice kind of balloons…so I politely declined.

The festival had truly begun! On the line up today was one of my favourite bands from years ago – PARAMORE. I was so stoked because Hayley Williams is like the Queen of pop punk, I wanted to just bow down to her. We had a few drinks at the tent, met up with some of Corinnas friends and then we went to the main stage to watch Enter Shikari and then Paramore and it was just so sick. Enter Shikari are a band I used to love a lot as well so it was so cool to finally see them properly after briefly seeing them last year at Warped Tour. Paramore had some technical difficulties but powered through when they sung The Only Exception, it was just Hayley and us, the audience. I honestly welled up a few times because 1) it was just so fricken cute and 2) I’d loved this band a lot when I was younger and I still did and I was finally seeing them and music really just makes me quite emotional in general.

If you went to Reading this year let’s talk about the freezing cold nights, WHAT WAS THE DEAL WITH THEM!? I literally used socks for gloves it was ridiculous.

Everyone I was camping with went to see Die Antwoord and well, that was a damn experience and a half. If I’m honest, they kinda freak me out but it was actually so fun to see them because everyone was just partying hard it was so funny. We also saw Chvrchs and they were super chilled so that was cool. Then in the evening we saw Arctic Monkeys, a band I absolutely adore and it was ace to see them again after not seeing them for a couple of years! They played a lot of songs from their recent album ‘AM’ and if I’m honest it’s really not my favourite album at all, I much prefer their others so it was kinda just a really chilled set to me. Alex Turner made Corinna and I swoon to no end, he is just something else. He is such a cocky shit, I LOVE IT.

The final day, cue the tears please. I was so looking forward to this day because there were so many bands I wanted to see, we literally spent all day in the arena which is something we’d never done before but I didn’t know that this day was about to be one of the best days of my whole life!

I really wanted to see Tonight Alive but I was too tired to move in the morning, it was kinda pathetic. But then we went to see Papa Roach and they’re a bit older now, but still knew how to rock a crowd for sure. We just sat at the main stage and watched these bands and it was so chilled and cool, we also watched Sleeping with Sirens and A Day To Remember and they were SO good.

THIS IS WHERE IT GETS EXCITING. After that we were just walking around and three people approached me, I thought they were like Reading fest security so I just didn’t really know what they were doing but they said to me “we see from your t-shirt that you’re a Blink 182 fan?” I responded as you would expect, because hello…I was wearing a Blink top. They went on to say “how big of a fan are you?” I didn’t want to big myself up and say I was the biggest fan on Earth in case they asked me like a super awkward question so I just said “fairly” and at this point I was super confused, then the man said to me “well, if you can make your way to the guest area at 7pm then you’ll be meeting the band, we’re from Radio 1” AND THAT’S WHEN THE WORLD STOPPED BECAUSE IT WAS THE MOST AMAZING NEWS I’D EVER HEARD IN MY LIFE. Me and Corinna were meeting one of the biggest bands on Earth, what the actual shit?! I still can’t even believe they approached me, I’m usually not lucky at all but someone wanted me to have a sick day!

We met them, no pictures were allowed, it was just a signing and I was kinda just lost for words because THEY ARE BLINK. They were so cool and American and I was just not okay, simply not okay. I was stood in front of Mark Hoppus thinking, what do I even say to a man like this?! He’s a damn legend in my eyes and I was just done, could not think of what to even do. They were all so cool and it ended so quickly but I MET THEM, AGH. Absolutely amazing and I’m so grateful that the people from Radio 1 came up to me because it made my weekend just that little bit more amazing!

After that we watched The 1975 who were so fricken good, Matty is a really good front man I have to say. Then it was time for Blink and I was so tired I couldn’t go as nuts as I’d liked but I was still seeing my favourite band and that’s really all that mattered! The set list ruled and it honestly topped off one of the best days of my whole life!

The whole weekend was just awesome, definitely pissed all over last year. I consumed many bacon rolls, took on the disgusting toilets, was surrounded by the annoying shouting of ‘ALAN’ and ‘STEVE’ and it was just the best weekend.

Well done universe, you done be proud that weekend. It’s gonna be tough to beat a weekend like that now! 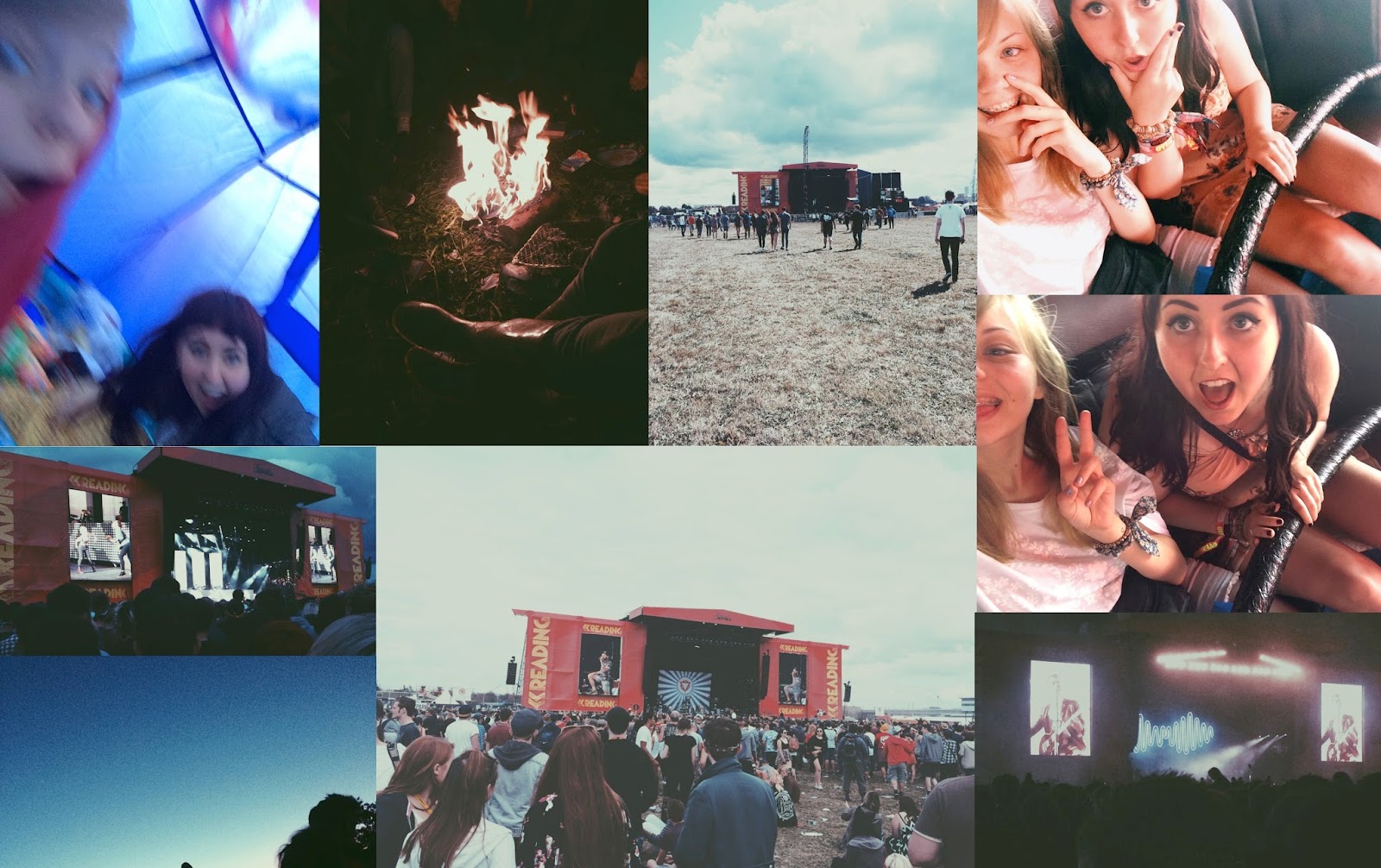 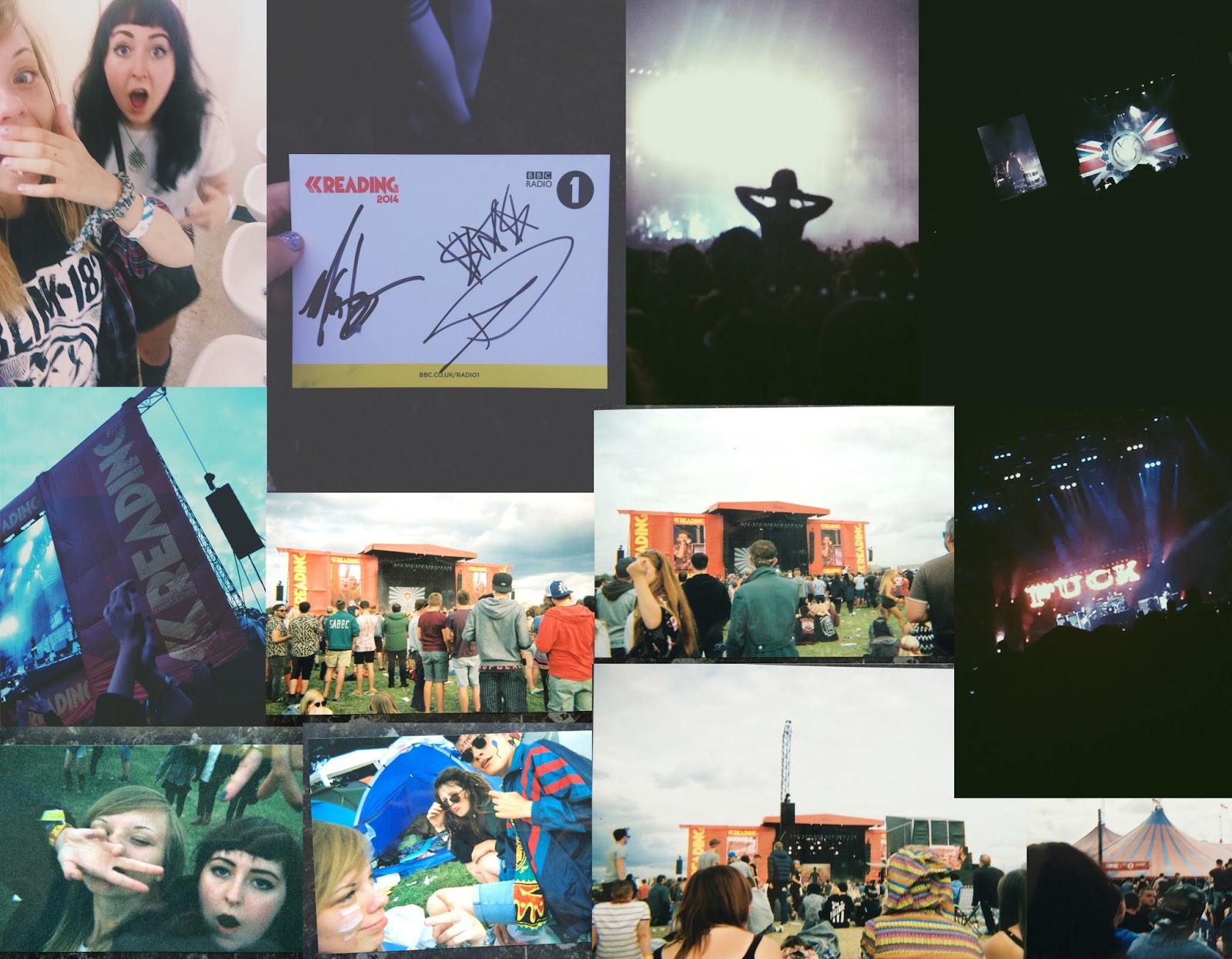