Well, the night finally came (after a year of waiting), it was the day I would be seeing One Direction on their world wide tour. It felt even more special because I was attending the first day of the tour and I just felt like this was the start of something massive and I was there to experience it. I was sat in block B2, row B and as I walked down the stairs to my seats I was hyperventilating because not only was I fairly close to the front stage, I was about 5 rows away from the second stage – HOW EXCITING. 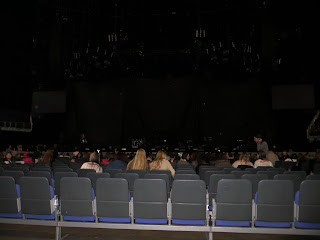 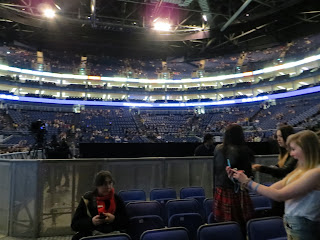 They had two support acts, one 13 year old girl (I thought she was about 26, not going to lie) who is American and called Camryn. As she is only 13 there is no doubt that she can sing but my oh my, she was boring. No one was standing up so I did feel very sorry for her but I don’t think she was really what 20,000 people were looking for. The second support act was 5 Seconds of Summer, amazing. They were so good and I’m glad I’d begun listening to them before they were announced as the support act because they really are so talented, all so cute too oh my god. 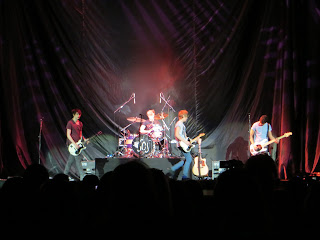 Ok, the time had come for the boys to come on stage and they played videos on the screens of them at a house party which sent everyone mad (I swear, I didn’t cry). They came on and the first song they sung was ‘Up All Night’, the ultimate party song because you can just go mad…I definitely went mad. They had a 20 song set list and it was just amazing. All wore such nice outfits, they looked very spiffing. The stage was set out with massive screens, at one point they had put a view of London over the screens obviously enthusing their Britishness. At one point they came across the crowd on a floating platform singing ‘Change My Mind’ off the Take Me Home album and okay, this was very exciting. They came right over us and Zayn and Liam waved at me and my friends and I WAS DYING. I was literally almost falling to the floor and I am pretty sure Liam saw me, that’s a bit tragic isn’t it? After that they went onto the second stage and sung their Red Nose Day single but changed it a bit and sung more of Teenage Kicks. They all looking banging up close and oh my god, I could not handle it. The night went on, they went back and continued to put on an amazing show. 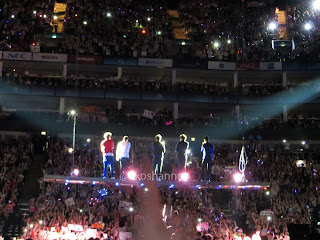 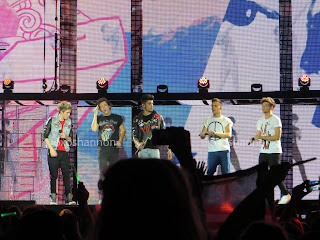 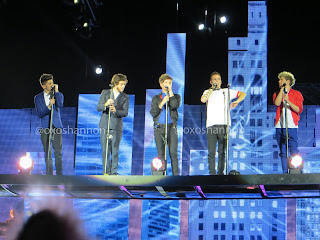 During costume changes they played videos on the screen that they had made and one of the videos was of the boys dressing up as other people – Louis dressed up as a large man asking for free hugs in the street, at the end of his clips he hugged a young girl and revealed his true identity and I may have cried a little bit because it was very cute. Liam and Harry dressed up as an old couple, doing old couple sort of things and then being mischievous and running about. Then we had Zayn and Niall dressing up as…I don’t even know, they looked old and hippy-like, quite ugly actually but it was very funny. 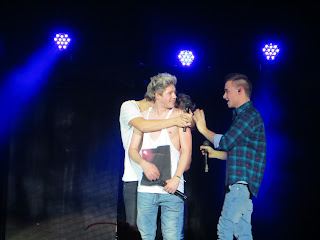 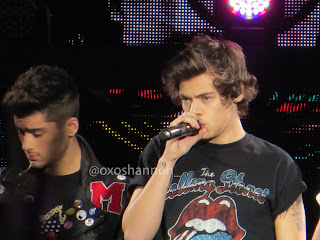 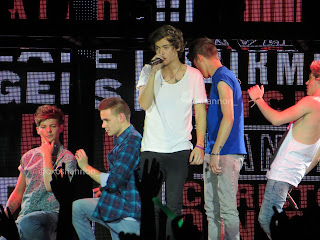 The show was so amazing and they made it amazing for the whole crowd, when they sung ‘Little Things’ they expressed how amazing it was to watch the crowd with all their lights out. It was amazing to be there so I can only imagine how they felt. 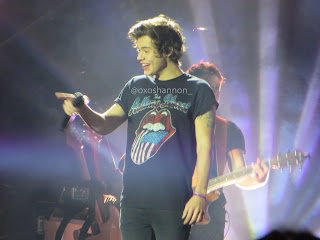 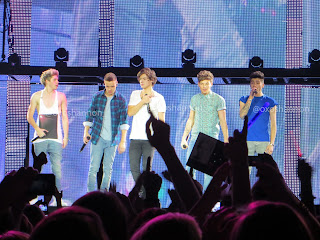 As ever, it was such an incredible night and I loved it more than anything (oh, look at me) and they will continue to put on amazing shows throughout the tour. They really are something else. 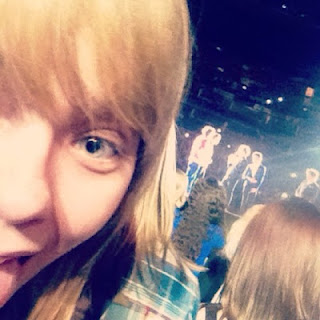