Last night my friend Libby and I got last minute tickets to go and see one of our favourite bands, The Vamps in London! The seats were right up in the circle and we were next to two very drunk and merry adults, so that was quite fun.

You see, I’ve loved The Vamps for a super long time, since they were on YouTube and had no original songs…that was a long time ago in my eyes. I even made a blog post about their first single coming out way back when, you can read that here!

They put on an amazing show, it was electric the whole time and Brad…well I can’t even talk about Brad because he is the biggest dream boat on Earth even from afar. Nope, can’t talk about him.

They all had their own little moment, Tristan had an epic drum solo – IT WAS INSANE I FELT LIKE I WAS IN A TRANCE. James sung a little solo of Move My Way, Connor done a cover of All Time Low’s ‘Dear Maria’ and Brad, although he is the obvious front man he had a little sing-song on his own when he sung Shout About It. It was all very cute.

But then Brad changes it up from the cuteness and goes mental on stage like the true front man he is but still manages to sound like a husky angel, how does he do it?! I don’t know, get away.

It really was a special night for me to watch such a show like that, it was awesome and to know I’ve watched them grow from YouTube to this was something else and I left the venue feeling quite emotional but in a good way because they are four boys who really deserve what they have. They’ve stayed super grounded, haven’t sold themselves out to America and given in to all of the financial side of the music business. I think they really do what they do for their fans and to simply enjoy it and that’s obvious when you watch them on stage. There is nothing fake about them, they’re totally real and I feel like they’ll stay that way throughout what I assume will be a very long career.

They’re going on tour next year too so you can get tickets this weekend if you want, you probably should though this isn’t even a suggestion I’m literally going to force you to buy tickets because YOU MUST. 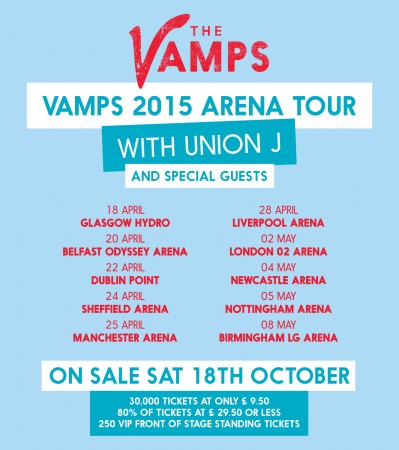