YES, it’s official, it is only a few more days until my favourite band ‘5 Seconds Of Summer’ release their debut UK single ‘She Looks So Perfect’. So you all need to watch out for this band, okay?!

They’ve been together almost 3 years, and in that time they have blossomed into this awesome, little, Aussie band. I say little, but they’re not little at all. They did their own thing on YouTube for a while, toured Australia with Hot Chelle Rae, released their first EP in Aus (Somewhere New), toured the world with One Direction and have done many shows over here in the UK, Australia and are due to go on tour in a couple of weeks in America on their first headline tour over there! They aren’t doing too badly for a band that hasn’t even got an album out yet!

I know I’m being totally and utterly biased when I say how good they are but I’m nothing but honest… they’re great. I can’t wait to see how the single does in the charts next week, so you need to go and pre-order it now on iTunes (or simply just buy it on Sunday 23rd March).

If you haven’t heard the single yet you can watch the video below!
Quirky song lyrics and a weird (but good) video, WHAT MORE COULD YOU WANT?! 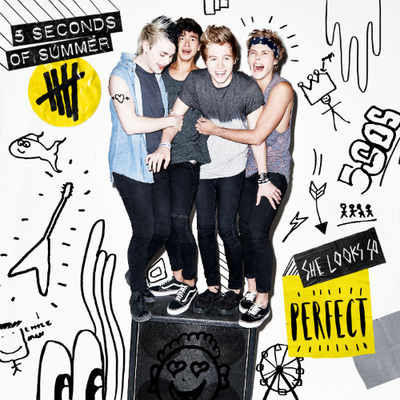 you can get the single/EP here!
Help get these boys the success and recognition they deserve, because you won’t find any 4 teenage boys that work as hard as they do! So if you want to see good music re-enter the charts then you must back these lads.