Hiiiii! So this weekend my friend Libby and I travelled all the way up to Manchester to see One Direction and 5 Seconds Of Summer on the Where We Are Tour and it was very, very fun!

It’s been a while since I’ve seen One Direction, the last time was April last year and since then I’ve changed my views on them a lot and stopped spending my time and effort on them so I wasn’t really excited to see them, I was mostly looking forward to watching my favourite Aussie foursome rock out on that huge stage (which was very weird as I’m used to seeing them in small venues). Anyway, One Direction really did seem to gain a little bit of my love back.

Last week wasn’t the best for One Direction with the whole weed smoking drama so I think some people were a bit wary of the tour from that moment onwards, but even with me and my friend Libby hurling weed related jokes at them the whole time – not in a malicious way, but just in a ‘we are drunk what are we even saying’ way – on our first night of the tour (31st May) I think a lot of people had brushed it to the side.

5 Seconds Of Summer opened the show and smashed it, we were the only ones around us going absolutely mental, showing our love for the boys and I think they won over the crowd so I’m very proud of them for that because I’ve seen them play a show to 200 people and then they’re now playing shows to 60,000+ – pretty mad! But they were awesome and got the crowd going. They managed to do that both nights I went and I’m so proud of them, their 10 song set list was great and included songs that a lot of the crowd seemed to know like their number 1 single She Looks So Perfect, their cover of Katy Perry’s Teenage Dream and their new single Don’t Stop. This is a big platform for the boys again as was the Take Me Home tour last year! 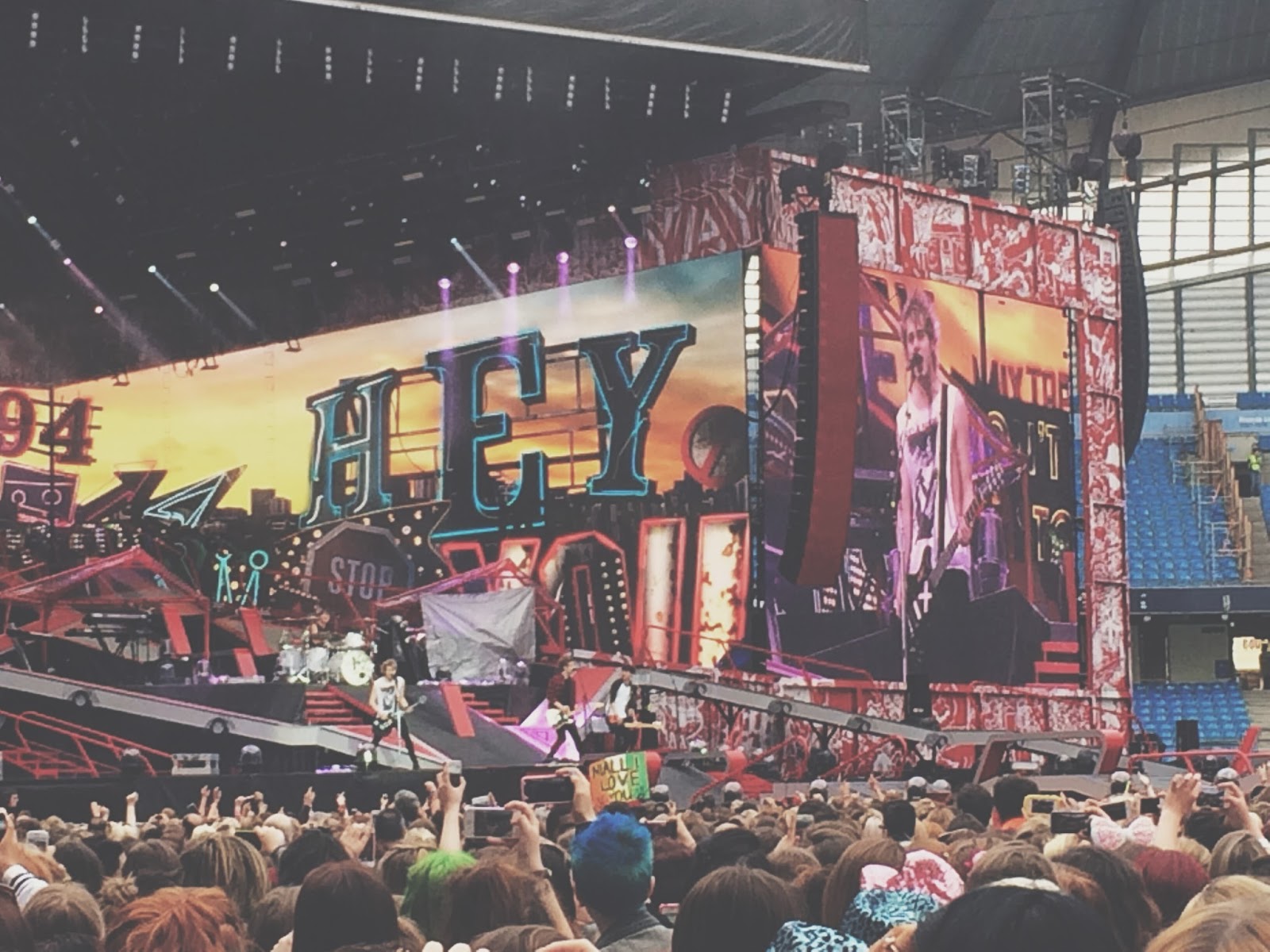 One Direction then hit the stage starting off with Midnight Memories and the show went from there, upbeat songs from all 3 albums and they were accompanied by fireworks all night which made me jump multiple times the second night when I was sober and was aware of everything going on, oh my god. There were floods of screaming girls everywhere, even right next to us on the second night this one little girl did not stop screaming the whole time, I don’t think any other words fell out of her mouth – just a long scream for 2 hours… delightful. During Little Things on the second night there were 2 little girls behind me who just looked like they were loving life and didn’t have a care in the world about anything else and with that and simply just the atmosphere in the Etihad Stadium, I started to well up because it reminded me of what I was like when I was probably their age watching McFly and Busted, it just made me emotional and looking back it’s hilarious but at the time I wanted to curl up in a ball and cry hahaha. Niall looked so happy at some points, well they all did but Niall seemed to stick out for me (he also looked VERY nice on the Sunday night with his ripped jeans, god damn) and Liam too, he seemed very appreciative of what they were doing. This weekend was technically a set of homecoming shows for Harry and they made that clear when they sung ‘Don’t Forget Where You Belong’.
All in all it was an amazing night I must admit, I had a great weekend and I’ll be doing my last tour date on the 8th June at Wembley Stadium in London which will be something else. One Direction do put on a good show despite all the things I’ve said the last year, they are good artists regardless and the Where We Are Tour is pretty special. 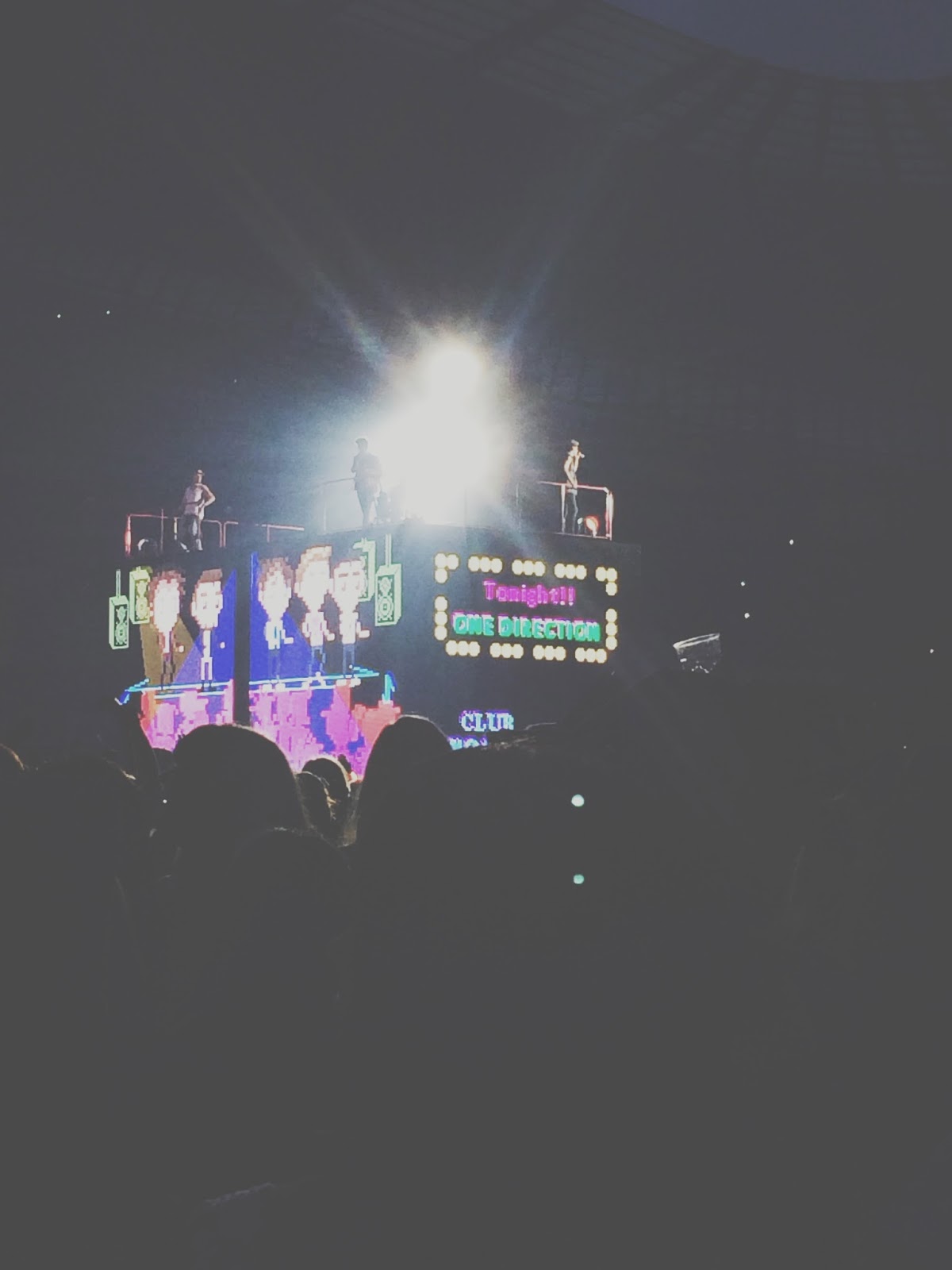 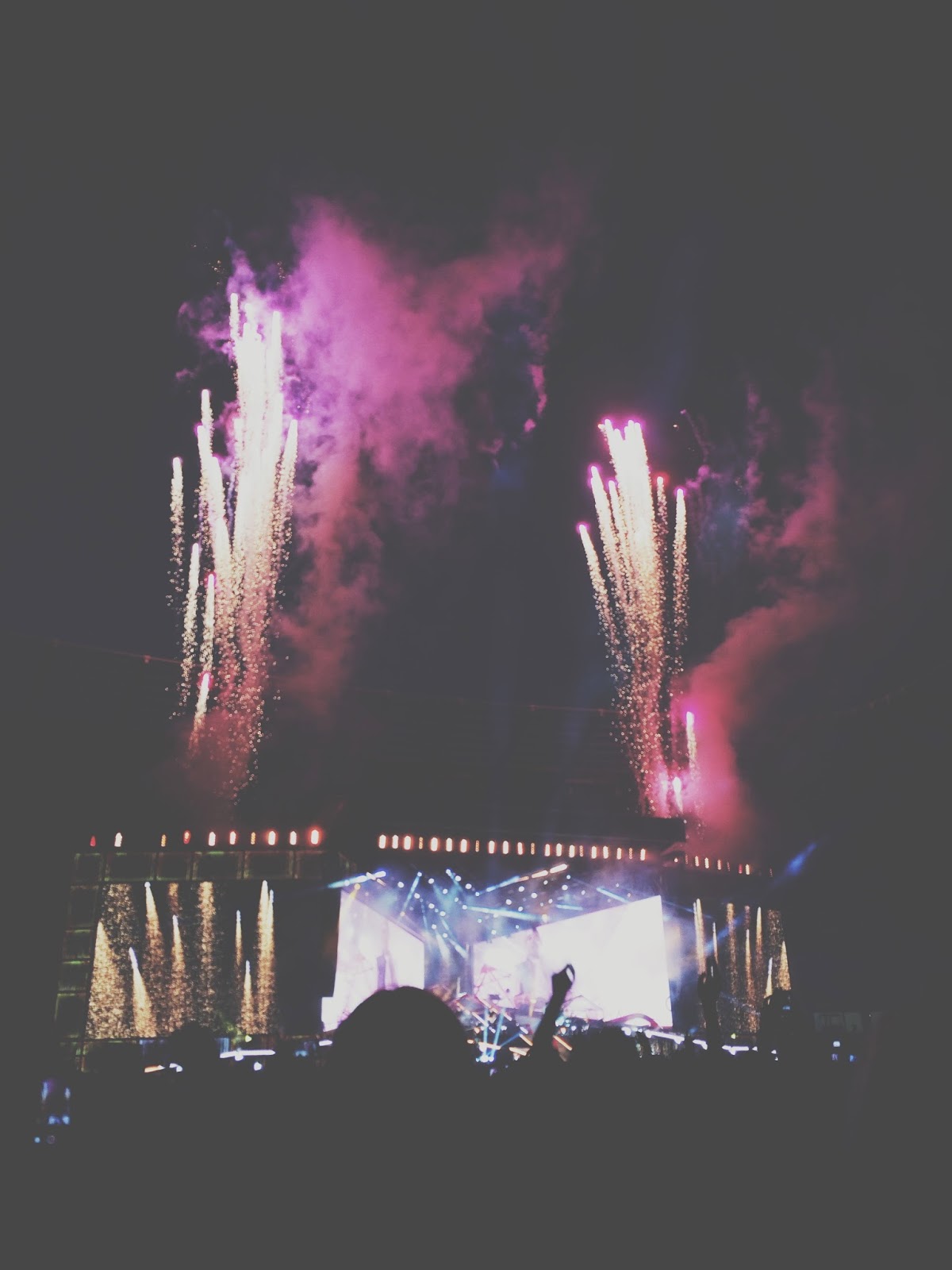 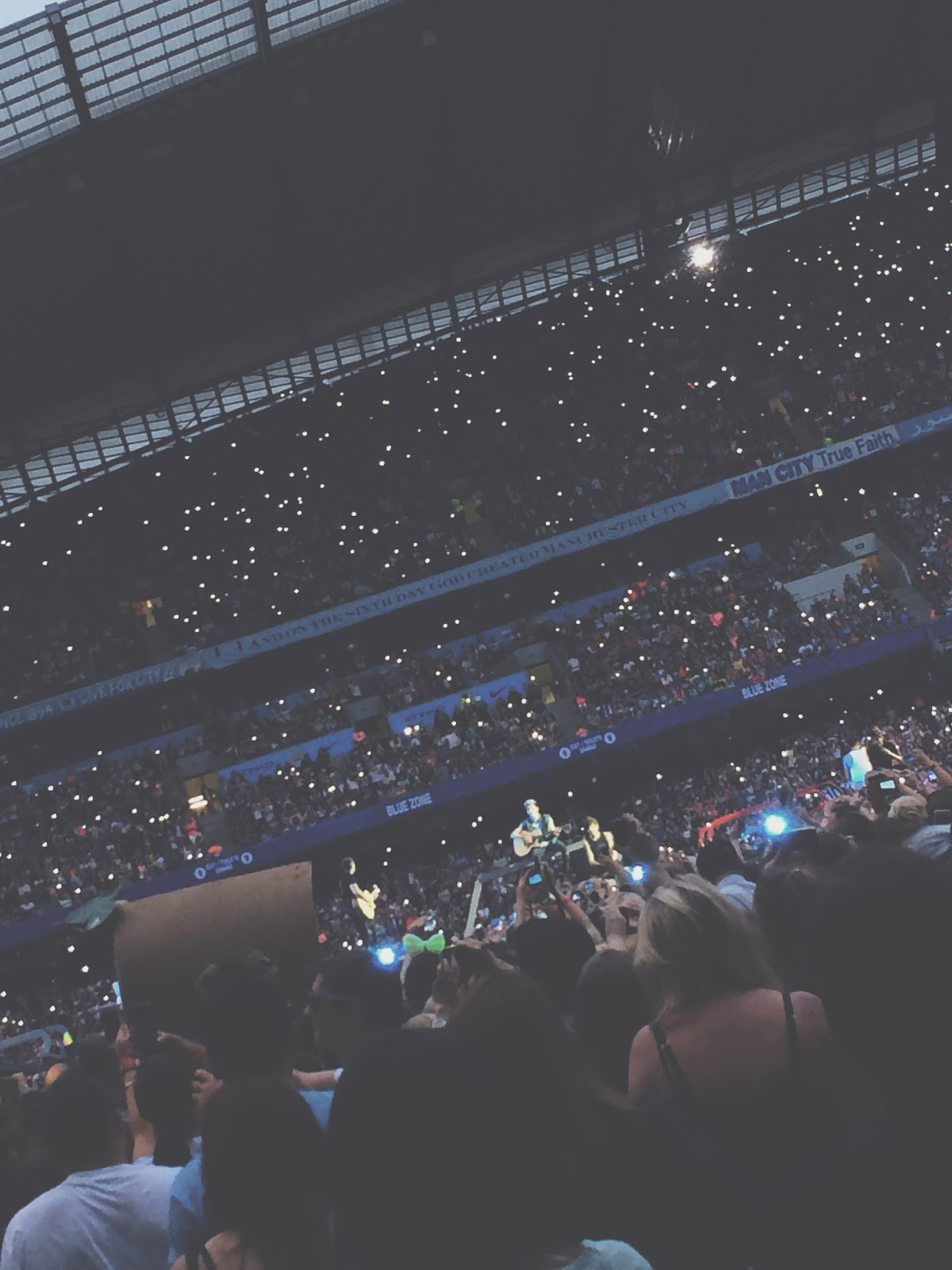